Ludwig van Beethoven ( (listen); German: [ˈluːtvɪç fan ˈbeːtˌhoːfn̩] (listen); baptised 17 December 1770 – 26 March 1827) was a German composer and pianist. Beethoven remains one of the most admired composers in the history of Western music; his works rank amongst the most performed of the classical music repertoire. His works span the transition from the classical period to the romantic era in classical music. His career has conventionally been divided into early, middle, and late periods. The "early" period, during which he forged his craft, is typically considered to have lasted until 1802. From 1802 to around 1812, his "middle" period showed an individual development from the "classical" styles of Joseph Haydn and Wolfgang Amadeus Mozart, and is sometimes characterized as "heroic". During this time he began to suffer increasingly from deafness. In his "late" period from 1812 to his death in 1827, he extended his innovations in musical form and expression. Born in Bonn, Beethoven's musical talent was obvious at an early age, and he was initially harshly and intensively taught by his father Johann van Beethoven. Beethoven was later taught by the composer and conductor Christian Gottlob...
Definition from Wikipedia – Ludwig van Beethoven

The Symphony No. 3 in E♭ major, Op. 55, (also Italian Sinfonia Eroica, Heroic Symphony) is a symphony in four movements by Ludwig van Beethoven. One of the composer's most celebrated works, the Eroica symphony is a large-scale composition that marked the beginning of Beethoven's innovative middle period.Composed mainly in 1803–1804, the work broke boundaries in symphonic form, length, harmony, emotional and cultural content. It is widely considered a landmark in the transition between the Classical and the Romantic era. It is also often considered to be the first Romantic symphony.
Definition from Wikipedia – Symphony No. 3 (Beethoven)

This collage is a repost from 2013 I named „Die Herrschaft“. Thought of it as this symphony was originally dedicated to Napoleon. 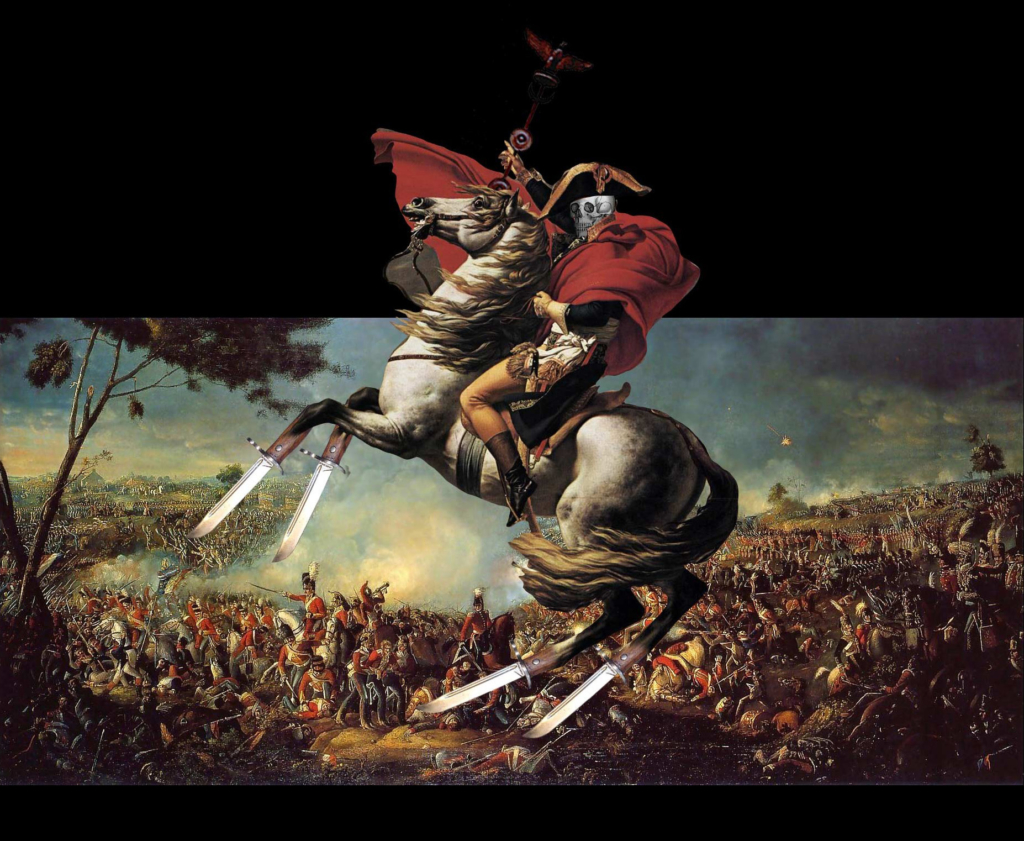